Wildlife Animals A to Z (The Sketchbook Project 2014) (+playlist)

Posted by Nata Cynthia Artistadonna at 9:31 AM 6 comments

The Box by Jo Linsdell 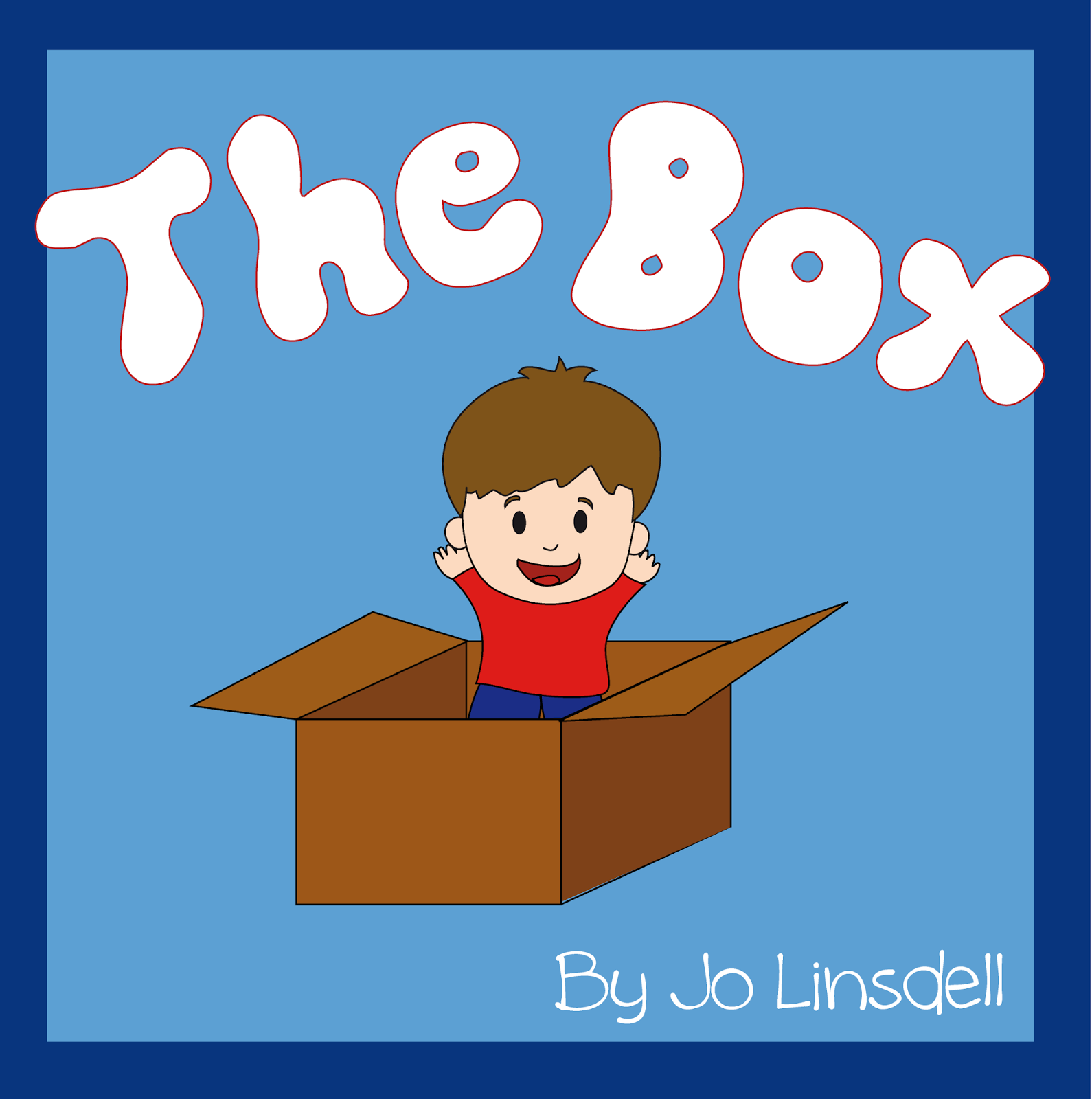 The Box
Written and illustrated by Jo Linsdell

"Because a box is just a box, except when it's not."

Join in the creative fun as a little boy explains why his box is his favourite toy.

Jo Linsdell is  a best selling author and illustrator and internationally recognized marketing expert. She is also the founder and organizer of the annual online event "Promo Day" (www.PromoDay.info) and the Writers and Authors blog (http://WritersAndAuthors.blogspot.com). To find out more about Jo and her projects visit her website www.JoLinsdell.com. 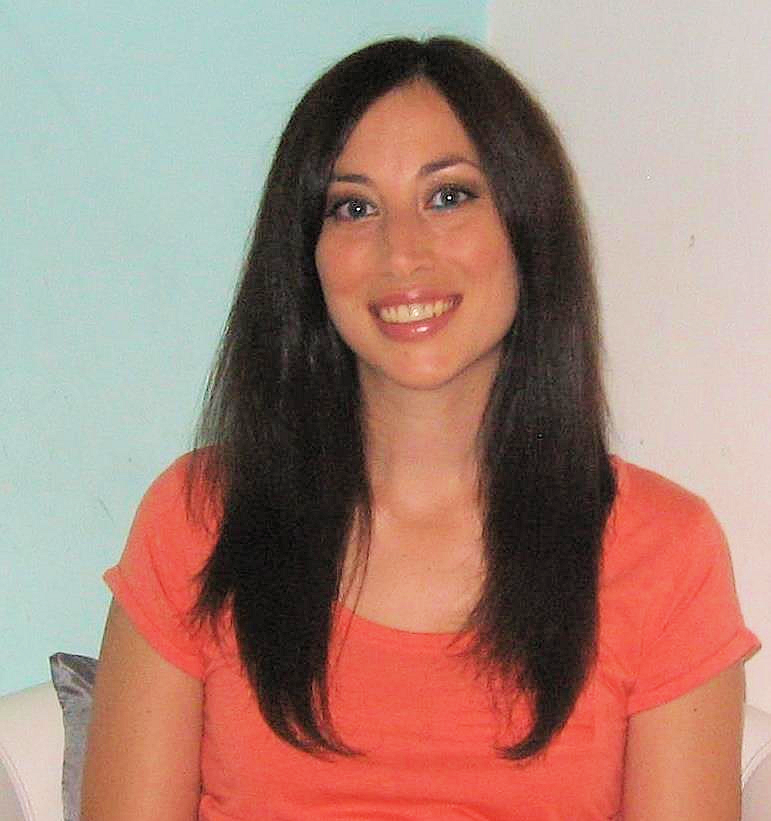 "Because a box is just a box, except when it's not" #Kidlit #books

Creative fun for kids. What would you make out of a cardboard box? #book

Tell us a bit about "The Box"
The Box is a story about a young boy and the fun he has playing with a cardboard box.

My own kids love creative play and we've made several things out of left over cardboard boxes. When ever we have some boxes around they never get thrown out without first being played with. The Box provides inspiration for easy creative play that will keep kids busy for hours. Whether they just imagine that the box is a pirate ship or if you actually turn the box into a castle for them, they will enjoy themselves.

In a world that is more and more about high tech, expensive, toys I think it's important to show kids that they can have just as much (if not more) fun using their imagination.

Where can the book be purchased?
The book is available in print and kindle formats from Amazon.

We had recently bought some new furniture and ended up with loads of empty cardboard boxes. It seemed like such a shame to just throw them out so the kids and I had some creative fun with them. I built a cardboard castle and a cardboard sword and shield for each of my boys. They had great fun playing with it. In the past I'd also made them a cardboard kitchen from left over boxes which resulted in weeks of fun. They used it to play house, and chefs. They even set up their own little restaurant and used smaller pieces to make menu's.

It was playing with our left over cardboard boxes that sparked the idea for the book. When we were deciding what to make ours into we had loads of ideas.

How much of a role do your own children play in the creation of your children's books?
I try to include my boys as much as possible. They both love drawing and reading so we often play together whilst I work. For The Box they helped come up with ideas for what the box could become. They always let me know what they like and don't like too so I can get my books just right.

What do you hope readers will take away from The Box?
The Box is all about being creative and using your imagination. It also shows that kids don't need all those expensive toys out there in order to have fun. I hope it will stimulate both the children and their parents to have more creative fun.

You also work for hire as an illustrator. What projects do you have coming up?
I'm currently working on Jasmine the Chef, which is the second book in the Jasmine Dreams series by author Maria Rochelle. The book is scheduled for release April 2014.

When you're not writing, how do you spend your time?
When I'm not writing or illustrating I spend most of my time with my family. My kids make sure I never get bored ;) I also enjoy reading, shopping, doing Zumba, hanging out with friends, and watching TV. I don't do the latter very often but I do enjoy watching shows like Castle, The Finder, and CSI.

Where can people find out more about you and your books?
On my website www.JoLinsdell.com

Anything else you'd like to add?
I organize an annual online event called Promo Day which is dedicated to promoting, networking, and learning. This years event will take place on Saturday 31st May at www.PromoDay.info. Registration is now open and everyone is welcome to take part. It's completely free to attend.

This year I have a great line up of presenters and there will also be live pitch sessions with publishers during the event as well as loads of opportunities to promote and network.

Posted by Nata Cynthia Artistadonna at 3:46 AM 3 comments 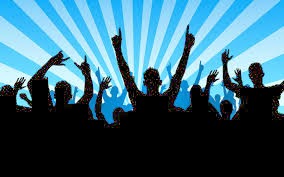 Why are we doing this? The answer is simple. It is for YOU – the writers, librarians, teachers, and lovers of books -- especially books for young readers. The GROG is fueled by writers who collaborate to bring you information and resources which will enable you to maneuver the “writing world.” Our GROG will  help you grow and become  a better writer. We are sharing with you what we are learning, and we are learning from some of the best – Tara Lazar, Kristen McGill Fulton, Dianna Aston, Nancy I. Sanders, and others.
Our team: 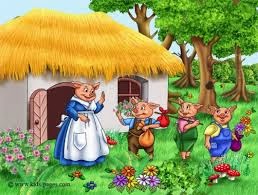 The Contest: Write a children's story, in poetry or prose, maximum 400 words, that is a fractured fairy tale.  Feel free to add a theme of spring, or mix in one of the spring holidays if you like - St. Patrick's Day, April Fools Day, Easter or Passover, Arbor Day, Earth Day...  Have fun with it!  The madder* the better! :)
*as in wild and wacky, not angry :)

You do not have to include spring - that is optional.
The story can be a picture book or a short story - whatever you like.
If it's a picture book, you may NOT include art notes, because we get into a weird area of whether that's fair in terms of word count and added description etc.  So if you write a picture book that's wonderful, but make sure art notes aren't necessary to understand it.
"Fairy Tale" apparently turned out to be a very debatable term, so my fellow judges and I will do our best to handle whatever you've come up with.
Title not included in word count.
Post:  Your entry should be posted on your blog between right now this very second and Monday March 24 at 11:59 PM EST, and your post-specific link should be added to the link list below which will remain up through Wednesday March 26 so we can all take our time reading and enjoying everyone's stories!  (No PPBF on Friday March 21, no new post on Monday March 24, no WYRI on March 26).  If you don't have a blog but would like to enter, please copy and paste your entry into the comments below.  (If anyone has trouble commenting, which unfortunately happens, please email me and I'll post your entry for you!)

The Judge:  My lovely assistant and I will narrow down the entrants to 6 finalists (or possibly a couple more depending on the number of entries :)) which will be posted here on Thursday March 27 for you to vote on for a winner.  The vote will be closed at 5PM EST on Sunday March 30 and the winner will be announced on Monday March 31.  (No PPBF on Friday March 28.)

- 1st Prize is a read and critique by Karen Grencik of Red Fox Literary!!! (Unless for some reason you don't want a read and critique by an agent, in which case you may swap for any of the other prizes)
- 2nd Prize is a picture book manuscript critique (for rhyming mss only) by Lori Degman, author of 1 ZANY ZOO and the forthcoming COCK-A-DOODLE-OOPS! OR a picture book manuscript critique (for non-rhyming mss only) by Cori Doerrfeld, author/illustrator of LITTLE BUNNY FOO FOO and PENNY LOVES PINK as well as illustrator of many others.
- 3rd Prize is personalized signed copies of THE THREE NINJA PIGS and GOLDI ROCKS & THE THREE BEARS by Corey Rosen Schwartz PLUS a $25 Amazon Gift Card
- 4th and 5th Prizes are your choice of any two of the following picture books PLUS a $20 Amazon Gift Card:
- THE THREE LITTLE WOLVES AND THE BIG BAD PIG by Eugene Trivizas
- CINDY ELLEN: A WILD WESTERN CINDERELLA by Susan Lowell
- LITTLE RED WRITING by Joan Holub
- THE THREE LITTLE PIGS AND THE SOMEWHAT BAD WOLF by Mark Teague
- THE PRINCESS AND THE PEAS by Caryl Hart
- THE WOLF'S STORY: WHAT REALLY HAPPENED TO LITTLE RED RIDING HOOD by Toby Forward
- GOLDILOCKS AND THE THREE DINOSAURS by Mo Willems

- 6th Prize (which just skated in under the wire - thank you Sudipta!) is a personalized signed copy of hot-off-the-presses SNORING BEAUTY by Sudipta Bardhan-Quallen

And don't forget, all you illustrators, that this will be followed by a related Illustrator Contest in April!!! (to be announced and elaborated on as soon as the writing part of the contest is over! :))

And now, so that everyone will feel happy and confident about posting their stories, I will share my sample, a Wild West twist on The Gingerbread Boy at exactly 400 words (phew!):

Once upon a farm, a little pig lived with her mama. Little pig always wore wings, and was called Little Waddling Wings by everyone who knew her.

The Weekly 411 gathers all the links added to this site each week. To receive this post by email, sign up for our updates. If you have news or links to share, please email them to kidlit411@kidlit411.com.


IT'S A KIDLIT411 LAUNCH CELEBRATION CONTEST!

We're running a contest to celebrate the launch of Kidlit411! Enter to win the chance of a magnificent picture book critique from author Susanna Leonard Hill or the opportunity to submit a PB, MG, or YA manuscript to agent Mira Reisberg of Hummingbird Literary (which is currently closed to queries!)

We couldn't be more excited to announce that we have the very talented author, Beth Coulton is in our Author Spotlight today! We are also thrilled to feature the multi-award winning illustrator (Caldecott! Pura Belpré!) David Diaz in the Illustrator Spotlight.

How to Write a Powerful Ending

Great Examples of Books That Demonstrate Show vs. Tell

Do You Prefer to Write Character Driven or Plot Driven Stories? Checklist.

50 Tools that Can Improve Your Writing

"Just Enjoy the Pictures: Handcrafted versus Digital Pictures" article in the Horn Book about choosing your medium

"Layer upon Layer: Building a Nonfiction Manuscript" by Melissa Sweet

When to Self Publish, a publisher's perspective

How to Become Fearless!

Posted by Nata Cynthia Artistadonna at 8:15 AM 1 comments